A downloadable game for Windows

Vigilant is a solo dev project, Story-rich, Action J-RPG.  The first ACT is finished and playable on PC. Full release scheduled for January 2020

Leave constructive criticism to have a chance to be in the credits and get a free key for the final game!

This game is very story-focused.  So it may not be for you if you want instant and non-stop action.  I tried to focus a lot on pacing...  but I realize that good pace is quite a subjective thing.

The intro may seem quite long. I realize this, and may shorten it in the final release... however this was meant to lean towards the 'visual novel' category, and there is plenty of action and adventure further in... but I'm eager to hear your thoughts.

All cut-scenes are skippable.

Hope you enjoy the Beta Demo! 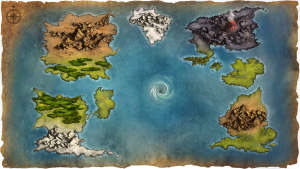 The story of Vigilant begins in the town of Telessa, on the continent of North Obsidia (North-West corner of the world).  It is a quiet town.  Antros busy themselves with their hobbies; while maintaining a perfect Worship attendance, of course.

All that is about to change.

Friendships will be formed.

Bonds of blood will be tested.

Courage could be pushed to its limit.

“The world is slowly dying, while the Goddess sleeps.” 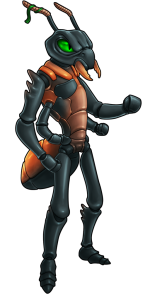 Armoz is the middle brother of Rami and Strem.  He was born with an unusually high Aeonic Quotient, which allows him to only perform The Worship once a week.  He values his downtime immensely, and uses his high intelligence to avoid doing any real work or taking on responsibilities.  He had no interest in joining the Order or the Antry and prefers a care-free life. 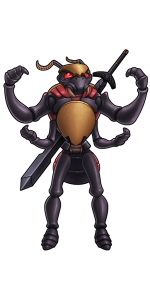 The youngest of the three brothers.  Rami is an aspiring Antry Defendant soldier, who adores and looks up to his oldest brother, Strem.  He’s not the brightest star in the sky, but he’s loyal and brave.  He enjoys socializing with female Antros over a pint of nectar or five.  When he’s not partying, he’s training and lifting boulders. 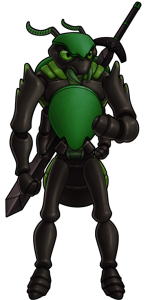 The oldest of the three brothers, and the most senior Antry Defendant in Telessa.  Strem is loved by the town and does a great job at keeping the peace and arbitrating on matters.  Although having a high AQ would have qualified him to join the Order, he instead chose the path of the warrior and joined the Antry. 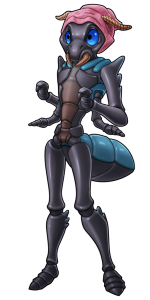 Ayna is a history buff.  She is a typical book-larva.  Although socially awkward, she is one of the most caring Antros in the Obsidian Continents; frequently having to listen to the woes of those who she tries to help with knowledge she acquired from her extensive research. 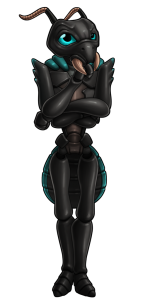 Currently residing in Telessa, Dhi’Len has trecked the world in search of knowledge.  He mostly keeps to himself, reading and meditating. 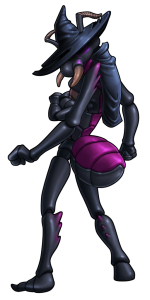 More of a designation than a name, the Oracle of North Obsidia acts as the medicine womantros for all Antros across her location.  Unlike a priest, she does not reside in a temple and does not oversee The Worship.  She is a true mystic who is able to phase into the Astral and can see in multi-dimensional space. 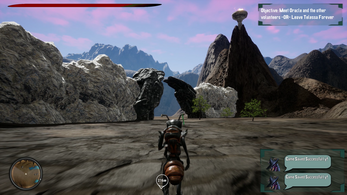 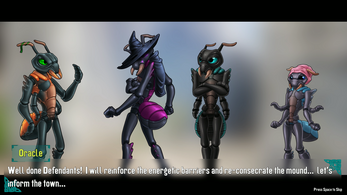 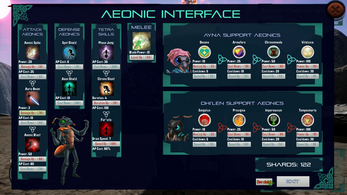 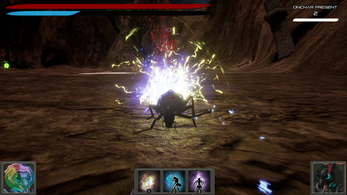 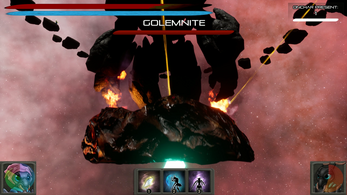